In NSW it is law that all cats/kittens must be microchipped by 12 weeks of age or before being sold or rehomed. A microchip is about the size of a grain of rice and is injected under the skin, normally between the shoulder blades.  It is a slightly larger needle than used for other injections so we will sometimes do this at the time of desexing, once microchipped your cat will need to be registered with your local council for a one off fee. 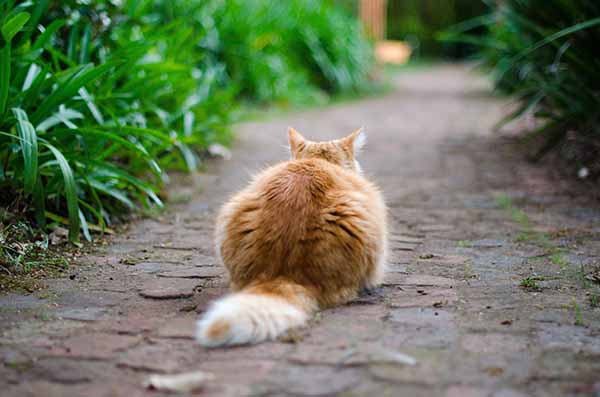 Since then, her career has taken her internationally as she studied vet nursing under the Royal College of Veterinary Surgeons in London.  During school, she worked at a general practice where she later became head nurse. During this time she also worked at the RSPCA and at an after-hours emergency Veterinary hospital.

In 2012, Ashley volunteered at the Tree of Life for Animals; a busy animal hospital and rescue center in Rajasthan, Northern India.  Here she helped treat injured animals, sterilize street dogs and assist in community efforts to eradicate the rabies virus.

Upon returning to Australia, Ashley has worked in many general practice and emergency and referral hospitals throughout Sydney. While Ashley has extensive training in all aspects of veterinary nursing, including holding valuable additional qualifications in emergency and critical care and nursing exotics, her interests lie in feline friendly medicine, surgery and behaviour, bringing her to The Inner West cat hospital. She brings with her a passion for feline care and behavior and an ability to put her feline patients at ease, no matter the situation.

Ashley lives with her partner and two cats – Patrick and Panda. When she is not working or studying she enjoys going to gigs or hitting up the beach!

Patrick
Patrick hails from the streets of Kings Cross where he was found as a 5-week-old kitten. It was apparent from an early age that Patrick was a sensitive soul and wanted to give you love – but only on his terms.
When Patrick is not batting your ankles as you walk past him in the hall, he can be found in his bedroom in bed, eating BBQ chicken or lying in the plants outside. Patrick lives with his sister Panda who he loves to hate.

Panda
This little darling was handed in at only 2 weeks of age and covered in lice. Panda suffered from “swimmers” and needed many hours of physio to become the athletic kitty she is today.
Panda wants to love you every minute of every day. As soon as you sit down she will be there 10 seconds later, keeping you warm.
Panda lives with her brother Patrick who she loves more than anything else, much to the annoyance of Patrick.

Michaela became a vet with one specific goal in mind - treating cats and kittens exclusively and to a gold-standard level. The Inner West Cat Hospital was born of desire to treat cats in a low stress environment where everything has been designed specifically for their needs, and to make their experience as fear-free as possible. Michaela graduated vet school at USYD in 2011, and completed internships at both the University of Sydney Teaching Hospital and North Shore Veterinary Specialist Hospital before attaining her specialty memberships with the Australian and New Zealand College of Veterinary Scientists in 2017.

She then turned her attentions to the planning and building of a world-class feline hospital in the Inner West of Sydney, a locality and lifestyle she has lived and breathed for the past 15 years, and where she knows the very best cats live. When she is not at work, she is an active member of the local swing dancing and rock and roll community and can usually be found wherever a live band is playing.

Bringing your cat to the vet.

Bringing your cat the to the vet can be an anxious and stressful time for both of you. Please read through these helpful hints before your next visit to try it make it as stress free for everyone.

- Take out the cat box a few days before your scheduled vet visit. Try to make it as inviting as possible – feed your cat in or near the carrier, put their favourite blanket in there etc. Spraying it with “Feliway” daily is also useful.

- Using “Feliway” spray on any bedding in the cats carrier on the day of transportation. Spray it on a blanket at least 15 minutes before you place the cat in the carrier. Please ask us if you need to source some Feliway.

- Having a top-opening carrier will make it easier to put your cat in the carrier.

- Cover the carrier with a blanket or towel sprayed with Feliway.

- When transporting the cat in the carrier, try to hold it by the sides instead of the handle so that it doesn’t swing back and forth when you walk and is not at risk of being dropped or springing open.

- If driving, secure the cat carrier in the foot-well or seat with a seat belt.

- Some cats will need medication to make their trip to the vet less stressful – ask us about medication for your cat before its next visit if your cat does not travel well.